When I worked at the chemical plant in Newport there was an older guy there who I was introduced to that was also a train enthusiast. Jim Timmons was a PRR fan, electrical engineer, and friend. Jim loved railroading, his father worked for the PRR as station agent at Rehoboth, Lewes, Ellendale, and probably a few others. Jim used to tell me stories about riding the engine cab of the PRR D-16 locomotives on various branch lines of the Del-Mar-Va. He remembered long passenger trains running along the spine of the peninsula going to meet the ferry for Norfolk. 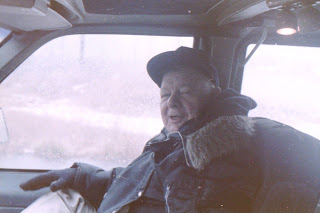 Jim went into the Army during WWII. He He earned a Combat Infantryman Badge and a Bronze Star for his service in Europe during WWII but rarely ever talked about the war. He was very modest about his medals and when pressed he talked about how cold it was during the Battle of the Bulge and how the real
heroes never made it home. He was with General Patton's advance all through Europe and saw a lot of things people don't like to talk about. Jim's feet froze during the Battle of the Bulge and he hated cold weather for the rest of his life. He told me stories of how he would pop out of a hiding place and shoot a tank with a tan busting rocket. I can't image doing such a thing.

Jim was a great electrical engineer who went to school on the G.I. Bill after WWII. He worked for many years at the AMOCO plant in New Castle. On day in the 1970s the plant has a massive explosion. I remember playing out in the park with my brother Chris and we heard a massive boom off in the distance. That is the magnitude of the explosion. Jim was no there and was safe but lost his job as the place was destroyed enough that the folks at AMOCO decided not to rebuild. Jim ended up working for an engineering company and was assigned to handle projects at Ciba-Geigy for a number of years. I used to really enjoy getting to see him and talk trains. He lived in Todd Estates, Newark and was married to Carol.

Sometimes on the weekends we would meet up and go rail fanning. In 1991 when the Queen Annes Railroad (short lived tourist train) started up in Lewes I was working for them and took Jim for a ride in the locomotive. It was the first time in 50 years that Jim got to ride the cab of a steam train on the Lewes branch. I know he really loved it. After he retired and I left Ciba, we fell out of touch and only crossed paths once in a while.